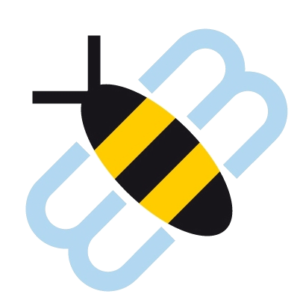 Dr Margaret Collier is an enormous focus of energy in keeping alert on matters of planning, conservation and heritage for Manchester Civic Society and Fallowfield Civic Society.  Margaret is our vice Chairman and Chairman of Fallowfield.

We are very grateful to Margaret for all her endeavours’.

Manchester Civic Society will deliver comprehensive responses, acknowledging the positive as well as the problematic aspects of what is proposed.

THE BASIC ASSERTION IN THE WHITE PAPER IS THAT THE PLANNING SYSTEM IS NO LONGER FIT FOR PURPOSE AND NOTHING LESS THAN A RADICAL SIMPLIFICATION WILL REMEDY IT.

Q. What is the purpose of the planning system?

A. To ensure that development is in the public interest, weighing up its economic, environmental and social benefits and drawbacks.

Q. Is the radical simplification likely to work?

A. We need better evidence to justify some of the assertions made, many of which are disputed by experts and practitioners in the field.  For instance, more evidence is needed on claims below,
1. The planning system is responsible for the housing crisis BUT, lack of delivery of social housing and failure to build out permissions already granted are major players in the dearth of new homes
2. Radical simplification will produce faster and better results for applications BUT, many proposals are complex offers to complex situations; good solutions will not result from ticking a limited range of boxes
3. The system envisaged will improve democracy and participation in planning BUT input by communities and individuals via a generalised plan is no substitute for individual engagement with the actual proposal, by voters and their ward councillors as well as local authority officers.  It is ironic that the public are being consulted on proposals that will deny them the right to be consulted. It has a whiff of turkeys being asked to vote for Christmas.
4. The new system will ‘actively encourage sustainable, beautiful, and useful development’ BUT, encouragement will not pay for building better, how will it be paid for?
5. The changes will make it harder for developers to dodge their obligations to improve infrastructure BUT, only after the free gifts of central Government provision of infrastructure in London and the South East are corrected by the promised levelling up in the rest of the country (in the last 10 years, half the money spent went to London and the South East). There is no way that new development in the North West can fund such largesse from a developer’s profit on housing.
6. Central government will set housing targets for localities (using an algorithm)
ENOUGH SAID

The permission to develop land is a valuable commodity. The granting of that permission should balance the costs and benefits to individuals, the community, and to those who wish to undertake development.

This consultation needs to result in a level playing field for the various players in the planning system.

Click below to go the Governments consultation web page.

Planning for the Future Consultation